The European Business Awards created the newly launched Europe-wide business initiative called ‘They Could Be Giants’, to showcase and monitor companies with a ground-breaking product or service that have the proven potential to revolutionize the market in their field. LED Lease from the Netherlands has been named as a potential business giant of the future.

LED Lease is the first business in the world that is able to successfully offer Pay per Lux contracts: clients are not buying lamps at all, but they pay for the light they get on their desks and floors. Adrian Tripp, CEO of The European Business Awards said: “The path for all businesses in today’s economy is a perilous one, especially for new companies. By introducing ‘They Could Be Giants’ we want to give early stage companies with big potential, the visibility and endorsement to help speed them on their journey to success.

“Our prospective ‘Giants’, including LED Lease, have weathered the first storms, made viable business progress, and are now considered to be potential market changers. It is the crucial stage for them now as they look to gain traction in the market.”

"We are confident that we will be one of the future giants of European business. There's simply no excuse to stick with the old model of buying lamps and throwing them out when they're broken," says Isabelle van 't Groenewout, marketing director at LED Lease.

LED Lease was hand-picked by expert researchers and judges and selected from entrants in this year’s European Business Awards (EBA).
Geplaatst door Anonymous No comments: 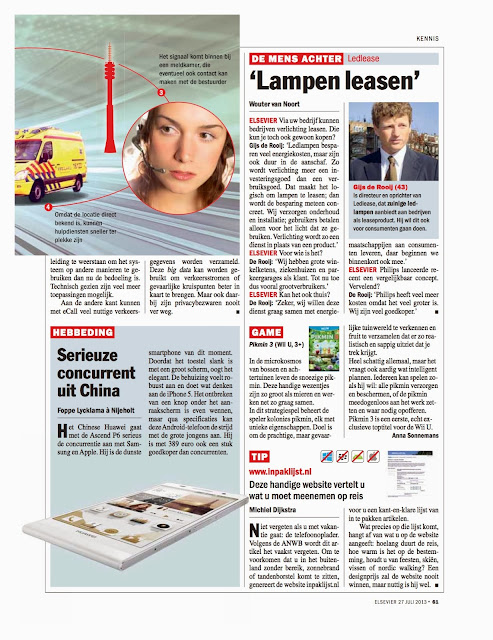